The Dangers and Consequences of Road Rage and Aggressive Driving

Road rage is dangerous and needs to stop. Tampa Bay drivers were reminded last week about some of the consequences of road rage and reckless driving. 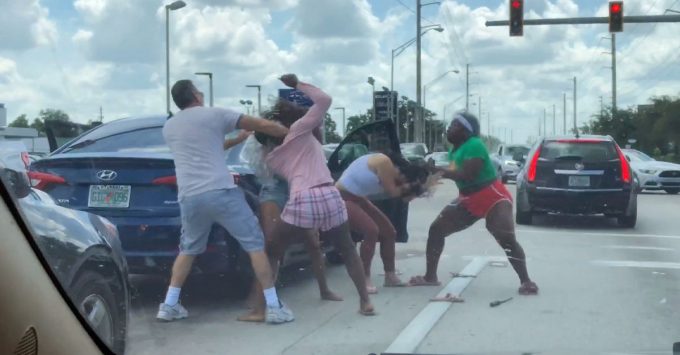 Road rage is dangerous and needs to stop. Tampa Bay drivers were reminded last week about some of the consequences of road rage and reckless driving.

This incident began when the SUV’s driver started tailgating the pickup and the two started cutting each other off at 70+mph and endangering themselves and everybody else on the Howard Franklin Bridge. This exchange, however, ended with the two vehicles colliding and one of the vehicles flipping over the guard rail and landing in the water. The driver’s body was recovered the next day.

Florida drivers are notoriously aggressive and we are ranked amongst the worst drivers in the nation. It’s just not worth it.

If you have been injured in a reckless driving accident, #GetLawyeredUpNow with the Tampa Injury Lawyers of Martin Hernandez PA at 813.755.9500

How dangerous is road rage or aggressive driving?

Aggressive driving is one of the common causes of car accidents. It consists of a combination of traffic offenses that endanger persons or property on the roads of Florida. Many of these cause injuries to innocent people. Innocent bystanders.

As of 2015, the Governors Highway Safety Association (GHSA) reported that 15 state legislatures have addressed aggressive driving, and 11 states have passed legislation defining the actions that constitute aggressive driving. Florida is one of them.

What is considered aggressive driving?

Speeding alone is a major factor in approximately a third of all traffic fatalities in the U.S. Not only does speeding make an accident more likely to occur, but it also makes resulting injuries more likely to be serious. The faster a vehicle is traveling, the greater the impact when it collides with something.

Aggressive drivers who weave in and out of traffic, drive too fast for conditions, fail to yield when other drivers have the right-of-way or run stop signs and red lights endanger not only themselves but other motorists as well. This type of driving can cause accidents and serious injuries.

What types of injuries are caused by aggressive driving?

What percent of all fatal crashes are caused by aggressive driving?

In 2012, 45,337 drivers were involved in fatal crashes. Of those 9,320 had reportedly been speeding, 3,431 drivers were swerving, 3,211 did not yield the right of way, 3,119 were distracted and 1,820 drivers disobeyed traffic signs, signals or officers. Speeding, defined as “an individual committing to a combination of moving traffic offenses so as to endanger other persons or property” by the National Highway Traffic Safety Administration (NHTSA), is the most common aggressive behavior. Total, the habit was involved in 20.6% of fatal accidents.

Can I be charged with Aggressive Careless Driving in Florida?

In Florida, you can be charged with Aggressive Careless Driving under Florida Statute 316.1923.