Dispelling the Myths About Bicycle vs. Car Accidents 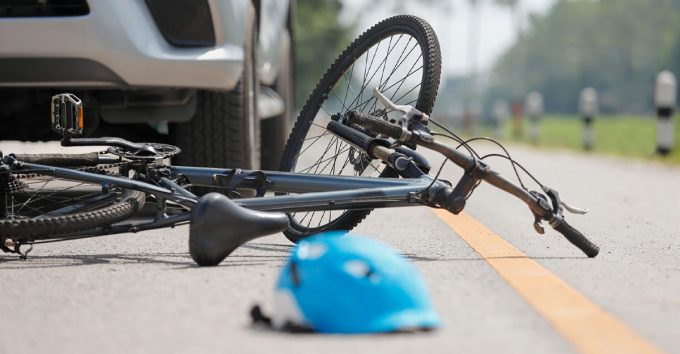 As bicycles and automobiles share the road in increasing numbers, it’s essential to make sure there are room and respect for everyone.

Talk to almost anyone who road bikes today, and they’ll tell you most car drivers are sometimes inconsiderate. Discuss cyclists with non-bike-riding car drivers, and they’ll complain bicyclists are dangerous rule-benders who flagrantly violate traffic laws. Both parties are right, which puts both sides in the wrong. That’s inherently dangerous for all. The rules of the road apply to everyone.

In any collision bicycle vs. car accident, the cyclist is most likely to suffer injuries.

Nearly 700 cyclists are killed every year in bicycle vs. car accidents. Outside of a bike helmet, cyclists wear little protective gear, have a longer stopping range, and limited maneuverability, especially when riding next to a curb. If a car brushes them or cuts them off, they can be forced off the road and crash, or be unable to stop and strike a vehicle. Many road cyclists use clip-in pedals so they can’t instantly put their feet down. Other cyclists ride with aerobars where their elbows are balanced on special platforms mounted in the middle of their handlebars, making it impossible to apply brakes quickly.

Drivers need to concentrate more on how to avoid causing bicycle vs. car accidents.

First and foremost, don’t drive in the marked bike lanes. Not ever. Bike lanes allow cars and bikes to share the road easily. Drivers need to observe and respect them, especially when turning at an intersection.

One of the three most common cycling traffic accidents is being struck by a vehicle turning right. If you’re at an intersection turning right, turn wide enough to stay in your lane. A cyclist turning next to you won’t have any place to go if you cross over into the bike lane as you turn. If you’re merging into a turn lane near an intersection, check if there’s a bike lane. Bike lanes are on the left side of a turn lane so that cyclists may continue straight.

If you are driving on a road without a bike lane, obey the “three-foot rule.”

Bicyclists must abide by “side-of-the-road” rules, which require them to ride to the far-right side of the road or in a bike lane. Cars, by law, must maintain a three-foot distance from them. That means if you need to slow down or change lanes to pass a cyclist safely, do so. It’s not the cyclist’s responsibility to stop or get out of your way. Brushing a cyclist while driving past is another common traffic accident.

The third most common traffic accident involving bicyclists is hitting the opening door of a car. Since bicyclists, by law, need to ride close to parked cars and drivers are required to use caution before opening their door, this accident is typically deemed the door-opener’s fault.

What responsibilities do bicyclists have to help avoid bicycle vs. car accidents? Respect traffic laws.

You have all the rights of a motor vehicle — including being able to ride in the middle of a lane—so you need to follow the same rules. Do it. Six out of ten cyclists admit to running red lights; be one of the other four. Wait for lights and use crossing lanes. Ride in a bike lane or as far to the right as possible, unless you’re turning left or avoiding road hazards or debris.

Ride with care whether you’re on a bicycle or driving a car.

Respect each other; there’s enough room on the road for all. If you are injured in a bicycling accident, first seek medical attention and then ask the advice of proven, trial-tested personal injury attorneys like those at Fernandez & Hernandez Attorneys At Law. You can reach them 24/7 by calling 813.755.9500. Hablan español.