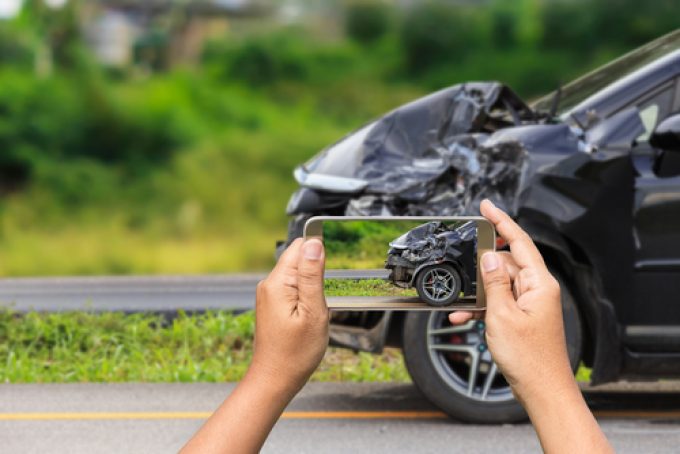 Once again Florida drivers are proving they can’t text and drive.  Florida ranks second to worst for distracted drivers according to EverQuote, an online insurance firm.  As a Tampa personal injury attorney, I frequently hear clients talk about seeing the person behind them texting and driving immediately before the accident.

The study, which was conducted through EverQuote’s motion-sensing Everdrive app, logged 2.7 million vehicle trips throughout the United States and measured driving behaviors such as; sudden acceleration, speeding, hard braking, and other aggressive movements while motorists were using their cell phone. The study found that more than 90% of drivers polled used their cell phone while driving and Florida ranked second worst for distracted driving, according to their point-based analysis.  Only Louisiana drivers ranked worse.

Worse than that is that the number of crashes caused by distracted drivers is growing. Last year in Florida more than 50,000 accidents resulted from drivers who weren’t focused on the road.

According to Florida’s Department of Highway Safety and Motor Vehicles, almost 50,000 car accidents were attributed to distracted driving last year alone. These accidents amounted to roughly 4,000 serious personal injuries and over 200 wrongful deaths to Florida drivers. However, State Officials believe these numbers may be low end as people generally don’t readily admit that they were on their cell phone just prior to their accident that they caused.  As a Tampa Personal Injury lawyer, I would agree with the State Officials.

Shockingly, the Florida Department of Highway Safety & Motor Vehicles lists 379,928 as the number of total car crashes in Florida for 2017 which resulted in 2,777 fatalities (down from 395,860 total car crashes and 3,177 fatalities in 2016). The AAA Foundation for Traffic Safety found that distraction contributes to 16% of all fatal crashes.

With this many statistics that support the danger of distract driving, then one must wonder why doesn’t the Florida legislature do something about it?  “They grew up with technology and its harder for them to put down the phone and pay attention to what they’re doing on the roadway. And we want to stress that it is a violation to drive and text,” Pikul says.

Under Florida law, police are prohibited from pulling over a driver specifically for cell phone use because texting while driving is not a “primary offense“. This means that officers must cite other driving offenses before adding distracted driving to the ticket. Florida, is only one of five other states (Iowa, Nebraska, Ohio, and South Dakota) where police cannot pull over motorists for texting while driving as a primary offense. This may soon change.

The Florida House of Representatives in 2016 co-sponsored a bill that would make texting while driving a primary offense. It is believed the enhanced legislation will help to curtail cell phone use while driving, limit distractions, and thus decrease car accidents in the state of Florida. But is cell phone use the only culprit to blame for distracted driving?

With advancements to the technology manufacturers offer in their vehicles, the short answer is no. Cars today come equipped with navigation screens, Bluetooth capabilities, WiFi, and the like, all of which is made quickly available by touch screen. Unfortunately, the problem with cutting-edge technology is that it does not always work seamlessly. Put that technology in a car and drivers will undoubtedly get distracted from time to time and that’s when accidents can happen.  Higher end cars with all of the new technology it comes with is proving to be more dangerous as driver’s eyes are taken off of the road for longer periods of time while they are driving.

The AAA Foundation for Traffic Safety research notes that once motorists have completed a task on their touch screen or personal cell phone, they still aren’t fully engaged with their driving responsibilities for, on average, a subsequent 27 seconds after the task. They’ve described the phenomena as “distraction latency”.

To combat the issue, some manufacturers have installed programs into their vehicles that prohibit the use of smartphone technology when the car is in motion and synced with the driver’s phone. The AAA Foundation for Traffic Safety has recommended that all car manufacturers adopt this technology.

Additionally, car insurance companies offer lower premiums to drivers who willingly submit to cell phone use monitoring and claim to award motorists for positive behavioral patterns. However, these “promotions” may instead aim to punish drivers who demonstrate repeated patterns of reckless driving. This could actually mean higher insurance premiums instead of lower.

As a Tampa personal injury attorney, we litigate accident cases on behalf of Florida’s injured drivers and have discovered distracting driving to all too often be the cause of the injury. Given the alarming statistics of accidents and fatalities caused by distracted drivers in Florida, it is clear that motorists in Florida should be weary of inconsiderate drivers who believe they can’t wait to answer that text message or read that email. As someone who sees the negative effects first hand, believe me, it can wait.

If you were involved in a car accident, our injury accident lawyers at Martin Hernandez PA.  We will investigate your case and help you obtain compensation for your injuries.

Call us today for a free consultation and case evaluation with an experienced accident injury attorney.  Contact us at 813.755.9500 or contact us at: https://injurylawyersoftampa.com/seeking-justice/