Is a SUV Safer Than A Sedan In A Car Accident? 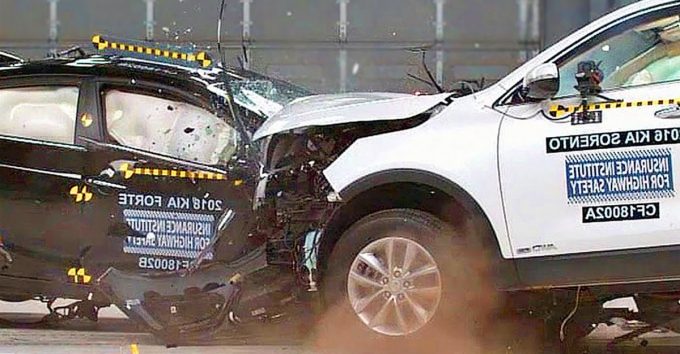 Generally speaking, Sport Utility Vehicles (SUVs) are safer than a sedan (car), but this depends on the type of the accident more than the type of vehicle.

Is A Bigger Vehicle Better?

Safe Driving is the Best Protection and we all want to be safe on the road. We look out for trucks and avoid accident-prone spots on Florida roads and don’t drive during rush hour and rain. We do these things in order to minimize our risk of getting in an accident. We also have to consider safety when we’re choosing a vehicle. If you do get in a crash, you want your car to be designed to keep you as safe as possible. Yes, size matters because in the Battle of the Bulge, the big one usually wins. Let’s think about that, who will likely do better, an F-250 or a motorcycle?

According to the Insurance Institute for Highway Safety (IIHS), a bigger, heavier vehicle provides better crash protection than a smaller, lighter one, assuming no other differences. The longer distance from the front of the vehicle to the occupant compartment in larger vehicles offers better protection in frontal crashes. Heavier vehicles also tend to continue moving forward in crashes with lighter vehicles and other obstacles, so the people inside them are subject to less force.

This gap, however, is changing as auto manufacturers are changing.

So, what types of vehicles are safest?

This article is an update to my previous article written in 2018 asking the same question of ‘Which is Safer: SUV or Sedan?‘ One important factor that affects the safety of a vehicle is its size. With more metal between them and the road, SUV drivers enjoy a higher rate of safety than those in sedans and smaller cars, which may be more easily damaged. With otherwise equal safety features (such as side airbags and anti-lock breaks), SUVs typically have the edge over smaller cars when it comes to safety.

While the laws of physics dictate that in a crash between mismatched vehicles, the lighter one takes the brunt of the impact, a study from University of Buffalo shows just how unequal the contest is.

The Insurance Institute for Highway Safety (IIHS) found that a total of 22,543 passenger vehicle occupants died in 2015, 26% fewer than in 1975. This study also showed a dramatic change in the types of vehicles involved in crashes since 1975. Regular car fatalities were down almost 50%, while SUV and pickup truck fatalities have increased significantly, with the likelihood of SUV accidents 10 times as high.

Why Have SUV and Truck Accidents Increased More Than Car Accidents?

While the IIHS study shows a drastic increase in SUV and pickup truck accidents since 1975 (compared to other automobiles), the increase in SUV-related accident deaths can be attributed to the rapidly growing popularity of SUVs over that period of time. More SUVs and trucks being produced and driven, the greater the number of accidents.

The IIHS study also took into account that most of the fatalities in larger vehicles were the result of single-car accidents and their size made deaths less likely in crashes involving multiple-vehicle crashes. In that study, 58% of passenger-vehicle occupant deaths (2015) involved regular cars, 24% were SUVs, and coming in last were pickup accidents at 17%.

Ultimately the IIHS study found that in the years since 1979, rates in general involving occupant deaths per million registered cars have decreased across the board. In short, cars are getting safer overall, magnifying the safety differences between vehicles of different sizes.

How Many People Get Hurt In Car Accidents in United States Every Year?

Much of the improvement of safety standards on cars over the past few decades is owed to crash testing. In the United States, more than 2.35 million people are injured each year in vehicle accidents. Some of those accidents occur because of negligence or bad drivers, or tough weather conditions. Some occur because of recalled equipment. But all of the cars involved in accidents have some pre-determined risk before getting behind the wheel based on crash test ratings.

Both IIHS and National Highway Traffic Safety Administration (NHTSA) conduct crash tests to determine potential injuries to drivers. Vehicles’ safety features are then assessed by each agency — NHTSA tests for rollover, side, and front crashes, while IIHS tests for side impacts and frontal offset impacts. While both tests are different and have evolved over the years, looking at the data from each and how that car or truck will do in an accident should affect your purchasing decision. Let your purchasing power speak so that auto manufacturers make safer cars.

Yes, one of the most popular models of crash test dummies NHTSA developed in the 1970s is still being used today. However, as Americans’ lifestyles have changed since then — we’re living longer and larger — newer crash test models are in the works to help better replicate crash situations and potential injuries for both older drivers as well as heavier and bigger drivers and passengers.

Are Large Vehicles Still a Big Threat to Small Vehicles?

Large vehicles aren’t as big a threat to people in small vehicles as they used to be, according to the IIHS. A lighter vehicle will always be at a disadvantage in a collision with a heavier vehicle. But in recent years automakers have reduced the threat SUVs and pickups pose by more closely aligning their energy-absorbing structures with those of cars.

Is Fuel Economy Being Sacrificed For Safety?

Fuel economy can be improved without sacrificing safety. Various technologies can raise fuel efficiency without reducing the vehicle’s weight. Manufacturers can also improve fleetwide fuel economy by taking a small amount of weight off their heaviest vehicles without significant safety tradeoffs.

How Are Smaller SUVs In Side Impacts?

The IIHS instituted new testing techniques in 2021 for ‘small SUVs’ and side impacts and found that small SUVs are not doing well in side impacts according to this 2021 study.

To address those crashes, the updated IIHS side test uses a heavier barrier traveling at a higher speed to simulate the striking vehicle. The new barrier weighs 4,180 pounds — close to the weight of today’s midsize SUVs — and strikes the test vehicle at 37 mph (60 kph), compared with a 3,300-pound barrier traveling at 31 mph in the original evaluation. Together, those two changes mean it involves 82 percent more energy.

Are Passengers Safe in SUVs?

What About Rollovers in SUVs?

On a personal note, as a Tampa Injury Lawyer I interview and investigate between 400 and 500 car accidents a year. In 2017, we investigated 486. Of those 486, 14 involved a rollover type accident. Fewer than 3%. Of those of rollovers 9 were SUVs and 5 were sedans. Of those 5, 2 were struck by SUVs. This is consistent with the numbers NHTSA found in a 2000 study.

Make your own conclusion as to the numbers, but the point to me is that SUV are at a greater likelihood of a rollover, but a rollover is still very unlikely at 3%.

Which car is right for you?

A recent study by the University of Buffalo that was published in Consumer Reports reported that ‘In car vs. SUV head-on crashes… the odds of death were 7.6 times higher for the car driver than the SUV driver.’ They thoroughly examined the federal government’s auto death database, the Fatality Analysis Reporting System, and found that what type of car you buy is just as important as what safety features you invest in. These findings point to SUVs being a safer bet, as their sheer size affords the driver a certain amount of protection.

However, SUVs have their own safety concerns, as SUVs often have a high center of gravity, causing deaths when rollovers occur. Also, this comes with a challenge as more and more parking lots in large cities only have ‘Compact Size’ parking spaces and good luck getting your Suburban parked in one of those tight spots and getting the doors open.

When it comes down to it, it seems that a larger car is often safer in accident. Of course, there are other factors that should be accounted for. For instance, a smaller car with up-to-date safety equipment such as anti-lock brakes and high scores on Consumer Reports tests like accident avoidance and wet/dry braking can be safer than an older SUV with less updated safety equipment. In addition, smaller cars may make more sense in a large city where traffic and parking are often an issue. You’ll need to weigh your own needs and options.

In all, evidence suggests that bigger cars are simply safer. It’s intuitive — the more car between you and the road and other vehicles, the better. No matter what size of car you choose, you should seriously consider side airbags and other optional safety features, all of which can significantly reduce your risk in a crash.

Injured in a Tampa Car Accident?

Our experienced car accident attorneys can help you claim compensation for your injuries and property damage. Contact us today for a free case evaluation and consultation to learn more about your options.