Although this has been the law for 4 years, not everyone understands the 14 day rule and how it affects them. There are two points that I often find clients lost on: the14-day rule and the Emergency Medical Condition rule. 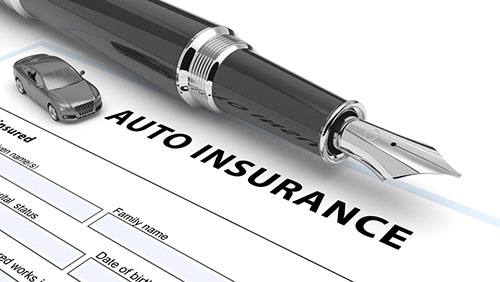 Florida’s PIP statute governs the auto insurance that all drivers (except motorcyclists and cabs (but Uber and Lyft are required to carry)) are required to carry. The idea is to get every injured person in an auto accident medical coverage without having to fight over who is at fault (i.e., “no he ran the red light not me”).  This why the coverage is sometimes referred to as ‘Florida No-Fault Insurance’.  Read the language of § 627.736 here.

One of the new provisions has a major impact on thousands of Floridians: the 14-day rule or provision.

Because of Florida PIP, all drivers have insurance coverage which entitles them to have 80% of their medical expenses paid and 60% of lost wages paid, but these amounts cannot be more than $10,000 total.  The statute, however, states that a motorist has 14 days after an automobile accident to seek medical treatment from either a hospital facility, emergency transport, medical doctor, doctor of osteopathy, chiropractor, or a dentist.

If you miss that 14-day window, you forfeited the PIP coverage that you have been paying for all along!  This means that if the symptoms do not surface within the first two week period or you think you can deal with it, those injuries will not be covered.

Because of these new provisions, insurance companies don’t have to cover as many people, increasing their profits.

Why the change? According to the Florida Office of Insurance Regulation, the justification for the change is to decrease PIP fraud. According to their study that justified the change in the law, personal injury protection fraud was a $600 million problem in the state of Florida.  The intent was to combat PIP fraud so that premiums would go down.  The idea was that those who are really injured will seek medical attention right away.

As to whether this change caused premiums to go down?  You make the call if your auto insurance has gone down since 2012.

The amended PIP Statute (Florida Statute §§ 627.736 and 627.732), left many physicians confused as to what truly constitutes such a condition. The amendment does expressly define an Emergency Medical Condition (EMC) as a medical condition: manifesting itself by acute symptoms of sufficient severity, which may include severe pain, such that the absence of immediate medical attention could reasonably be expected to result in any of the following:

However, as you can tell, there is plenty of room for interpretation and clarity is not one of the law’s virtues.

The amended Florida “No-Fault” Statute went into effect on January 1, 2014, and expressly states that a finding of an EMC must take place in order for the claimant (injured person) to have access to the full $10,000 mentioned earlier.

If a physician determines that a claimant’s injuries do not meet the level of an EMC, then they are only entitled to just $2500 in PIP benefits for their medical treatment.

What makes the provision so confusing is that the statute does not make clear exactly how a medical professional is supposed to decide that an injured person has an EMC.

At Martin Hernandez PA, we have an experienced team of attorneys who battle insurance companies on a daily basis. Because of the changes made in 2012, it is now more difficult than ever to be reimbursed for damages as a result of an auto accident. Florida’s No-Fault insurance was supposed to make things easier. Instead, insurance companies have taken advantage of the recent changes to dispute and deny more and more claims.