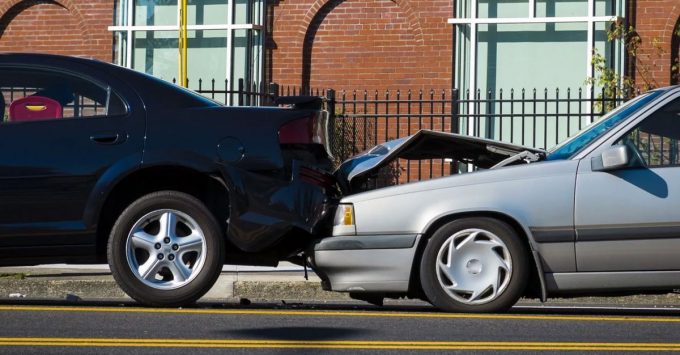 If you were injured in a rear-end accident, you are likely wondering who was at fault and how you can financially recover for your losses. After a crash, a personal injury attorney can directly handle issues with your insurance company, your no-fault benefits, and other legal challenges involved with getting compensated for your injury claim.

Since Florida law forbids drivers from following other cars too closely, determining fault for a rear-end accident is usually, but not always, fairly straightforward. Florida drivers have a duty, not to tailgate and leave a safe distance between vehicles, meaning they must leave enough following space so that they can stop short if necessary with enough time to avoid hitting the rear bumper of the car in front of them.

This traffic rule for drivers to always leave enough room creates a ‘rebuttable presumption’ that a trailing driver is at fault for a rear-end accident. This means that unless some evidence is presented to show otherwise, it is assumed that following drivers are the ones at fault for these kinds of crashes. But, that is not always the case.

How Is Liability Determined After A Rear-End Accident In Florida?

Investigating who is at fault for a rear-end collision usually involves looking at pieces of evidence like the damage to cars, statements from witnesses and drivers involved, clues from the scene, and more. This is why it is so important to take pictures and collect evidence after a rear-end accident if you can.

Many rear-end accidents involve just two cars, but there are situations where three or more cars can be involved. For instance, if a car hits another one in front of it hard enough (i.e. traveling at a fast enough rate of speed) it could cause yet another rear-end collision between the cars ahead as a sort of ‘domino effect’ from the initial impact.

Figuring out liability for multi-car crash cases can bring in more complicated legal issues. If you were hurt in an accident and need compensation, contact an experienced accident attorney as soon as possible.

What Is PIP and The No-Fault System?

In states like Florida with no-fault insurance systems, liability is not always determined. Personal Injury Protection, or PIP, is designed to streamline the payout process by leaving fault as a non-issue.

PIP or ‘no-fault’ insurance allows drivers to go to their own insurance companies when they are injured in an accident. This allows victims to get benefits under their PIP policy without having to prove first that the crash was someone else’s fault.

The requirement to establish liability for a rear-end accident may come up in certain cases that involve more serious injuries. An injury lawyer with experience in catastrophic accidents can answer your questions about severe or debilitating injuries.

It is important to remember that, depending on the case, there are circumstances where the fault is shared between drivers. Under a legal principle called comparative negligence, Florida juries assign a percentage of responsibility to any drivers who were negligent enough to cause the accident.

Jurors can assign 100% fault to a single driver, or that percentage for liability can be split up. Under the comparative negligence system, victims can be found at least partially at fault for accidents.

Can The Driver In Front Ever Be Found At Fault?

If there is evidence to show that the leading driver was negligent and it contributed to the accident, then liability could be shifted. For instance, maybe the front driver’s brake lights were out, or they were engaged in some form of reckless behavior (like a road rage incident) when they were rear-ended.

Being found partially at fault as a victim does not mean that you lose your right to recover. You can still be partially compensated for your injuries and losses. Just keep in mind that your payout may be reduced to adjust your percentage of responsibility for the crash.

No matter how messy your case is, it can help to ask a lawyer questions first. Find out what your injury claim could be worth: fill out our contact form or call 813.755.9500 to set up a free case consultation.

Dealing With Insurance After A Rear-End Collision

Even if it is clear that the following driver was at fault, insurance companies will use tactics to limit their responsibility to pay. Adjusters may question your pain and suffering, and the necessity of your medical treatment, and might use your pre-existing conditions against you. Many times they will assign a portion of the blame to you or to another party so that they can save money.

Unfortunately, insurance companies will try to lower the amount that they have to pay out to hurt victims. This is why hiring an attorney can give you the leverage to fight back when an insurance company doesn’t want to pay you the compensation you deserve.

Who Should I Call For Help If I’ve Been Injured in a Tampa Auto Accident?

Rear-end accidents are fairly common and can cause serious brain and bodily injuries even at low speeds. Unfortunately, getting compensated by insurance can get complicated and very frustrating when it turns into ‘he said, she said situations.

But who’s going to pay for your medical bills? For lost income from work that you had to miss? How about your pain and suffering? You deserve justice for having to face these damages if you were hurt by a negligent driver.

After a rear-end accident, so many drivers immediately want to know who was at fault. It is reasonable to want that simple answer quickly but the truth is that determining fault may be more complex.

Finding negligence may include fact-collecting and a careful review of the evidence, which an experienced attorney can do for you. A lawyer can also discuss your legal options and work with you to get the best case result possible.

If you were hurt in a rear-end accident, fill out the form on our homepage or call us at 813.755.9500 for a free case evaluation with an attorney.